David Rabson, The Valley of the Tone – Exploring a Somerset River

In May 1881 a contributor to the Somerset County Gazette wrote extolling the delights of a walk down the valley of the River Tone from Waterrow:

In my opinion, the inhabitants of West Somerset in general, and those of Taunton in particular, have been culpably negligent of their duty in regard to this fairly presentable river of theirs.  True, it is not a very magnificent stream: it has no mouth of its own, and can boast of very few feeders, but it is, nevertheless, the river of the district, and ought to be made the most of.

In recent years the Tone has been the subject of many official reports, but little has been written about the river as a whole for the general reader. This is a pity as from its source high on the Brendon Hills down to its confluence with the River Parrett at Burrowbridge the Tone flows through an attractive and varied landscape that is full of interest.

This study by a geographer and long-term resident of the area shows how the landscape has changed over the centuries, using a range of examples – the taming of the Brendon Hills around the river’s source; the origins of Clatworthy reservoir; the descent from the hill to the plain; the Tone as an industrial river; the rise and fall of the parkland of Nynehead Court; the river from Bradford to the edge of Taunton; and the very different landscapes of Taunton and the Levels.

It is expected that the book will be published this autumn.

George Cumberland was a remarkable eighteenth century gentleman –  artist, poet, writer, musician, inventor, geologist, and much more. He was whimsical, kind, considerate, generous with his time and beloved by his friends. Yet he was eccentric, his idea of the Grand Tour being not merely to travel on the continent but to live there, the better to indulge his passion for collecting works of art, making contacts and friends in the process.

Born 27th November 1754, Cumberland is best known as a lifelong friend of William Blake and a member of the Bristol School of Artists. Volumes of his letters survive in the British Library revealing many facets of his character. Much of the correspondence is with his brother Richard Denison Cumberland. Their father died in 1771 and George, two years younger than Richard, looked to his elder brother for the support that might otherwise have come from his father, but all too frequently was disillusioned.

A series of letters covering the fourteen years from 1771 to 1784, when the brothers were young and at the start of their long lives as adults, were published by Clementina Black in 1912. There, the contrast is evident between the elder brother who went to college and then took on a rural vicarage in Gloucestershire, with the younger who worked in an office in London and attended art classes at the Royal Academy where he met Blake and other artists.

The selection of letters reproduced here from 1800 onwards takes up the story sixteen years after Black’s selection, when both brothers had family commitments. Richard had settled down, still lived in the same rectory and had become ambitious, wealthy and increasingly pompous. George, on the other hand, was still impetuous.

SANHS is currently looking for sponsors for the publication of this important study. If you can assist with this funding please contact [email protected]. 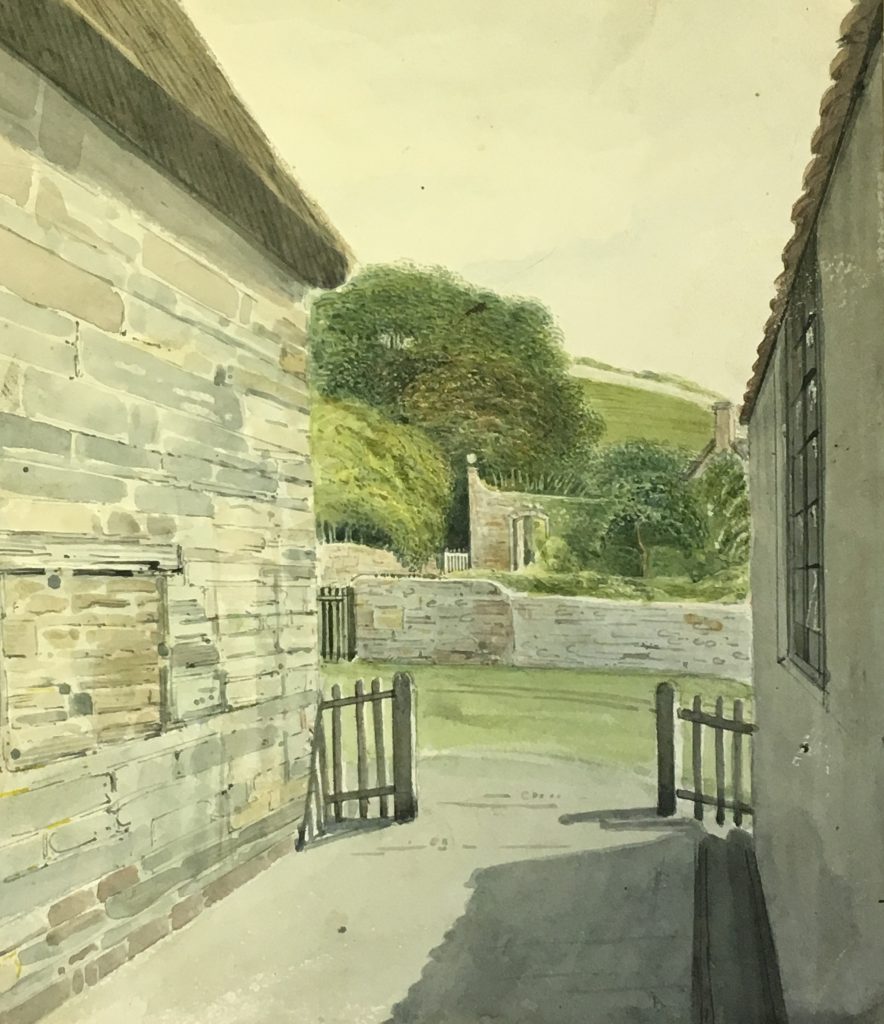