Peter Wickens Fry is little known today but, when he died in 1860, he was referenced in almost every newspaper as “the veteran photographer.” He was born in Compton Bishop/Axbridge but moved to London to join the family solicitor’s business and became involved with many of the pioneers of photography. He was a founding member of a number of photographic societies, culminating in the Royal Photographic Society and acted for the defence in a prosecution brought by Fox Talbot over patent rights. 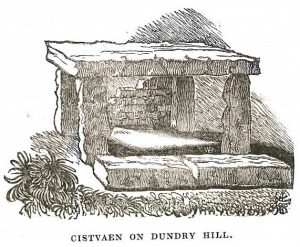 Events are graded from 1-4 in difficulty. The grading is found in the event description in the calendar on this page. Keep in mind that a change in weather conditions can make a walk more difficult than anticipated. All walks and activities demand a basic level of fitness, suitable footwear and waterproof clothing.

3 Strenuous – for fit, experienced walkers, will include hills, uneven surfaces, tracks and may include muddy terrain. Walking boots and waterproof clothing are essential.

4 Confined spaces – including caves and attics. Locations may be dusty, slippery and dark.

Activity leaders carry out a risk assessment beforehand. Participants are required to provide emergency contact details before taking part in an activity – this information is destroyed by the group leader after the activity has taken place.

This site uses Akismet to reduce spam. Learn how your comment data is processed.